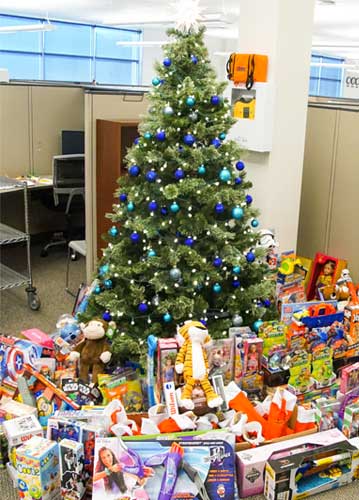 “2015 brought its share of ups and downs, but overall has been an exceptional year for us. We lost two wonderful employees to illness; however, we united as a company and family to pull through. On a much brighter note, we also had an exciting year with new products, developments and a few new faces to add to the team.”


Golden, Colo. (Dec. 22) – As another year comes to a close, we at Epilog Laser always enjoy looking back over the exciting announcements, events and accomplishments we experienced in the past 12 months. 2015 has been an incredible year for us. We extend our sincere appreciation to our employees, distributors, customers, fans and and friends for their continued support this and every year. Here's what we've been up to this year:

With 2016 just weeks away, Epilog is looking forward to making sure next year will be filled with more exciting announcements and accomplishments.


We’d like to extend our sincere thanks to you - our customers, friends, fans and associates - for your support in helping make 2015 one of the best years in the history of Epilog Laser. Merry Christmas, happy holidays and best wishes to all for a wonderful and prosperous new year.